Hmm … do you remember the blog relay around the book Ask f ödd ? If not here’s a new product just for you ! I had not read it, which was a little humiliating. BUT on February 12 it was read, heh. It apparently took 1 month. But then, you know reading slumps? + that I read 2 different books in school. This was a confusing time.

But what did I think then after reading it?

Fy seventeen how exciting! When I wrote my post in the blog relay, I had not come to the part of the book where everything really took off. (For those of you who read: I had read until the Moon Festival and when Laia and Veturius dance. It was a very nice event, by the way.)

Everything I wrote in the blog relay I still think. That there are so many unique fine characters and how all place descriptions and the whole world are structured – I really love that! And that Laia and Elias Veturius’ different stories are woven together so terribly nicely! That they are more alike than they actually think.According to me and other book bloggers, it was almost a love square, (4 different involved) but none of the four did anything intimate or sexual. It alternated between friendship, love and fear. But at the same time, a lot of emotions were involved. But for me, this was okay! Some did not like love – BUT how would everything be curved together so well? How would Laia and Elias get along – and even notice each other? Now it all became so natural, with their struggle for freedom. Of course, it would have been possible to remove the entire square. But it will be very interesting to see how it develops!

So from the Moon Festival until the end, the excitement was at a high level. Especially type the last 40-30 pages, omajgash. I was really worried that everything would crash, AND would there even be any sequel? Spoiler: Like I was really scared that either Laia or Elias would die, or even both. It felt a little unbelievable, but I had not read the plot of the next book in the series – so it would ex. could have been a book from the perspective of Izzi’s and Laia’s brother Darin, if these two main characters had died. And when Laia saved Elijah, omg <33333 And when the augur Cain spared her, type <3333 End.

I also cried so much that I got a stomach ache at an event- (the night before an important test too = not so bad good timing) It was so heavenly sad and raw, brutal. Read more here: The third trial. When Elijah killed his friends. Fyfan what it broke inside me. Demetrius, Leander, etc. It was too much. Final. It was really emotional, but then the book managed to touch me. And that’s very good!

There were even more emotional events! Even though I had an extremely hard time starting to read this, I’m also happy with how it all developed! AND I really LONG for the sequel. Will Darin be liberated, Commander Keris Vetuaria be changed, will Mazen succeed in his revolution? Etc! Lots of details and questions that you want to know more about! This can probably only get better! 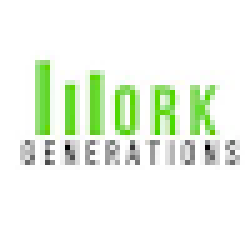